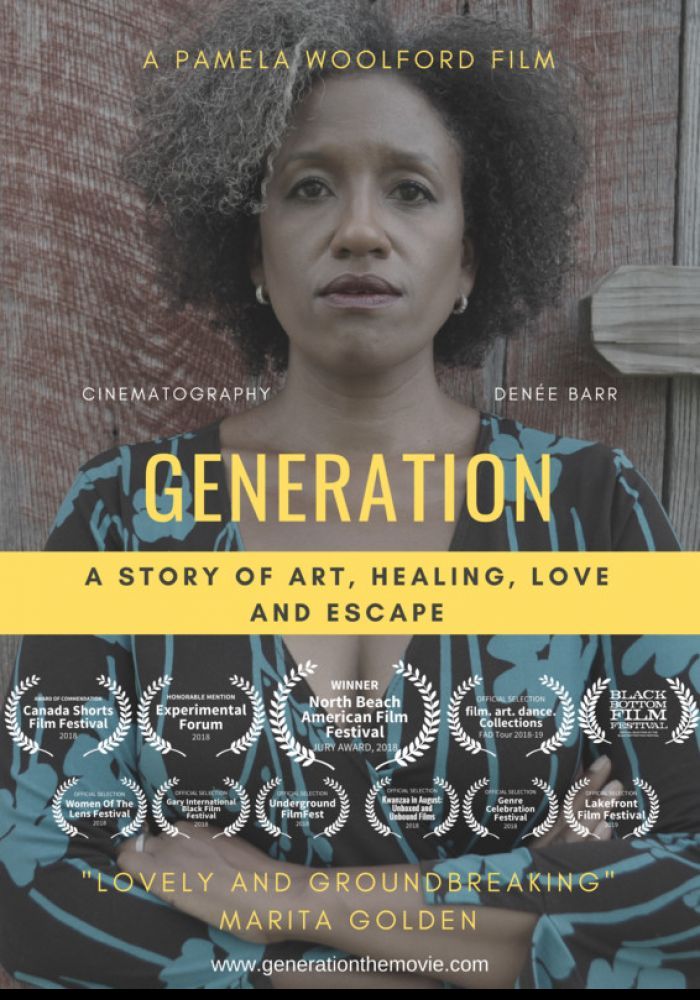 An elderly narrator revisits her youth, telling the story of her sister Mable, a poor farm girl who reads classic literature to their abusive father, struggling mother, and family of seven brothers and sisters, helping to forge a new existence for them for generations to come. An experimental solo-screendance short, Generation is shaped by a script consisting of two nearly identical voice-over monologues, echoing each other at various points and driving and chasing the film's visual images. Generation is about memory and storytelling and windows in time. The film is inspired by the life of filmmaker Pamela Woolford's octogenarian mother, Sadie Woolford, who grew up in rural poverty-stricken North Carolina in the 30s, 40s, and 50s, where she would read classic literature to her family of ten sisters and brothers. In Generation, literary works of O. Henry-"The Gift of the Magi" and "The Last Leaf"-and the opening storyline of In Search of Lost Time by Marcel Proust serve to foreshadow...and inspire Mable, her mother, and their family's fate.